Skip to content
Previous Next
Why the interest in Big Data?

Big Data is a term used to describe large volumes of data – exabytes of it. If you used any sort of technology in your lifetime, you would definitely know that it all runs on data. The devices we use on a daily basis are constantly collecting and using data to perform functions and help us see important information clearly. It can decrease labor needs and costs by providing greater access to information, enabling timely and informed decision making, among other things.

Data is knowledge and knowledge is incredibly powerful when used correctly. Many industries are relying more and more on data to make coordinated decisions. Data has the potential to significantly change many elements of our daily lives.

Because it is estimated that the amount of data on the internet will double every two years, it is vital that more businesses and organisations understand the need to utilise data.

If you are still not convinced by the fact that Big Data is one of the most needed skill for the future, here are 5 more reasons for you to see the Big (Data) picture.

1. Big Data Will Handle Routine Tasks and Save Time

There’s no doubt that since the introduction of smart devices and computers, we’ve been accustomed to having all of mankind’s knowledge available instantaneously at all times. Every app, program, or feature we create is meant to solve some sort of problem or make something more seamless.

Previously, if a data analyst wanted to go through a database to find a specific pattern or value, he would have had to do so manually. With the introduction of AI and more advanced software programs in recent years, we’re now able to run programs to analyse data for us. Tasks such as finding patterns or cleaning data sets can be automated – which in turn reduces, if not, eliminates any human errors that may occur. Automation is certainly a good way to maximise accuracy when working in areas that need precise handling.

With Big Data, a small business can make rapid improvements to its structure, performance and its ability to analyze large data sets.

Almost everyone uses some sort of social media, whether it is Facebook, Instagram or even LinkedIn. These platforms serve as outlets for people to express their ideas, creativity, opinions, and information instantaneously. It bridges a connection between people all over the world and because of that, businesses and organizations recognize the importance of establishing a presence on social media and connecting directly with their consumers.

In 2018, it was estimated by Statista that the worldwide average time spent on social media was 136 minutes per day – just over two hours. Those numbers are a lot higher than a couple of years ago and it is bound to rise with the internet becoming more globally accessible.

The amount of data that can be obtained from social media is staggering. From tracking clicks, engagements, reach and even being able to see how much time someone spends on your website. These data points can be invaluable to a company because they can use the information to plan their next steps and directly provide consumers with promotional offers, email newsletters and even discounts.

3. Drastically reduce Costs for your Business

Imagine if a business released an advertisement that received rather negative feedback from consumers, and as a result they lost a substantial amount of loyal customers. How could they avoid this scenario in the future?

As mentioned before, Big Data gives us insights into consumer behaviour, correlations between different events, and other very useful information. A business could look at their own data that they have collected on consumers to base their next products or advertisements on. By looking at previous business decisions and consumer reactions, you could determine what consumers like and what they don’t like – potentially saving millions.

Big Data doesn’t only apply to businesses selling products, though. Even businesses operating in manufacturing or services can benefit from Big Data. It can be used to set up efficient manufacturing processes and automating service tasks such as contacting consumers, collecting reviews and creating self-service portals.

4. The demand for Big data analysts is increasing

As previously mentioned, the amount of data on the internet will double every two years. This coupled with the fact that more and more people are gaining access to the internet means that there will be a shortage of data analysts. In order to retain today’s customers, businesses need to harness the insights of their data in order to make precise business decisions. The rise of AI and machine learning may also be a factor in the big increase in demand for data scientists.

The ability to prep data for analysis remain some of the most time-consuming tasks for data scientists. This is why more and more companies are investing in AI and machine learning.

A January (2019) report from Indeed revealed that there is a 29% increase in demand for data analysts and since 2013, there’s been a 344% increase in demand. That is a dramatic increase. It’s no surprise, given the high demand for data scientists that salaries for the position are also increasing. According to an annual Dice Salary Survey, the role of a data scientist carries an average salary of just over $100k a year.

Data science is a demanding field to be in. It carries a lot of diversity in terms of the skillsets that folks need to be successful, as well as the impacts that efficient data science can have on a business or organization. 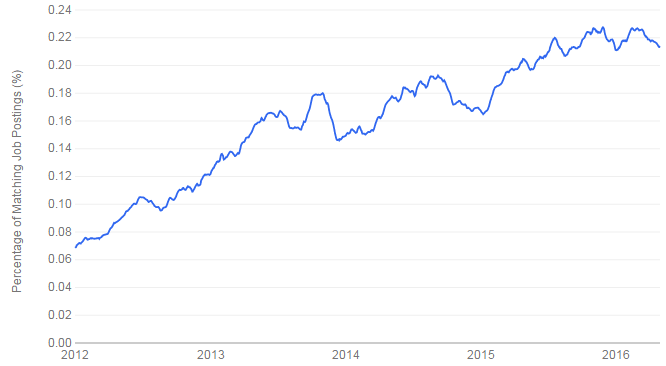 5. Machine Learning is the Future of Society

Machine Learning is a field that combines all the elements of computer programming, artificial intelligence, business and philosophy altogether. We create machines capable of learning and adapting so that we don’t have to create a new machine every time an external factor renders it incapable or useless.

An example of machine learning in development is lettuce farming. Currently, a majority of lettuce farms use manual labor to harvest lettuce because of the fragility of the vegetable and that it grows so close to the ground. Lettuce farming is very intense work and being able to automate it with machines would save a lot of resources and time.

The current lettuce extracting machine in development is still quite slow – but it is learning to adapt and make adjustments on its own so that it can operate independently. 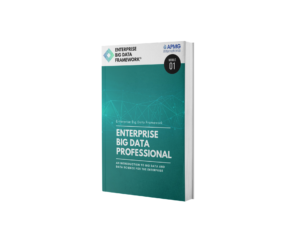